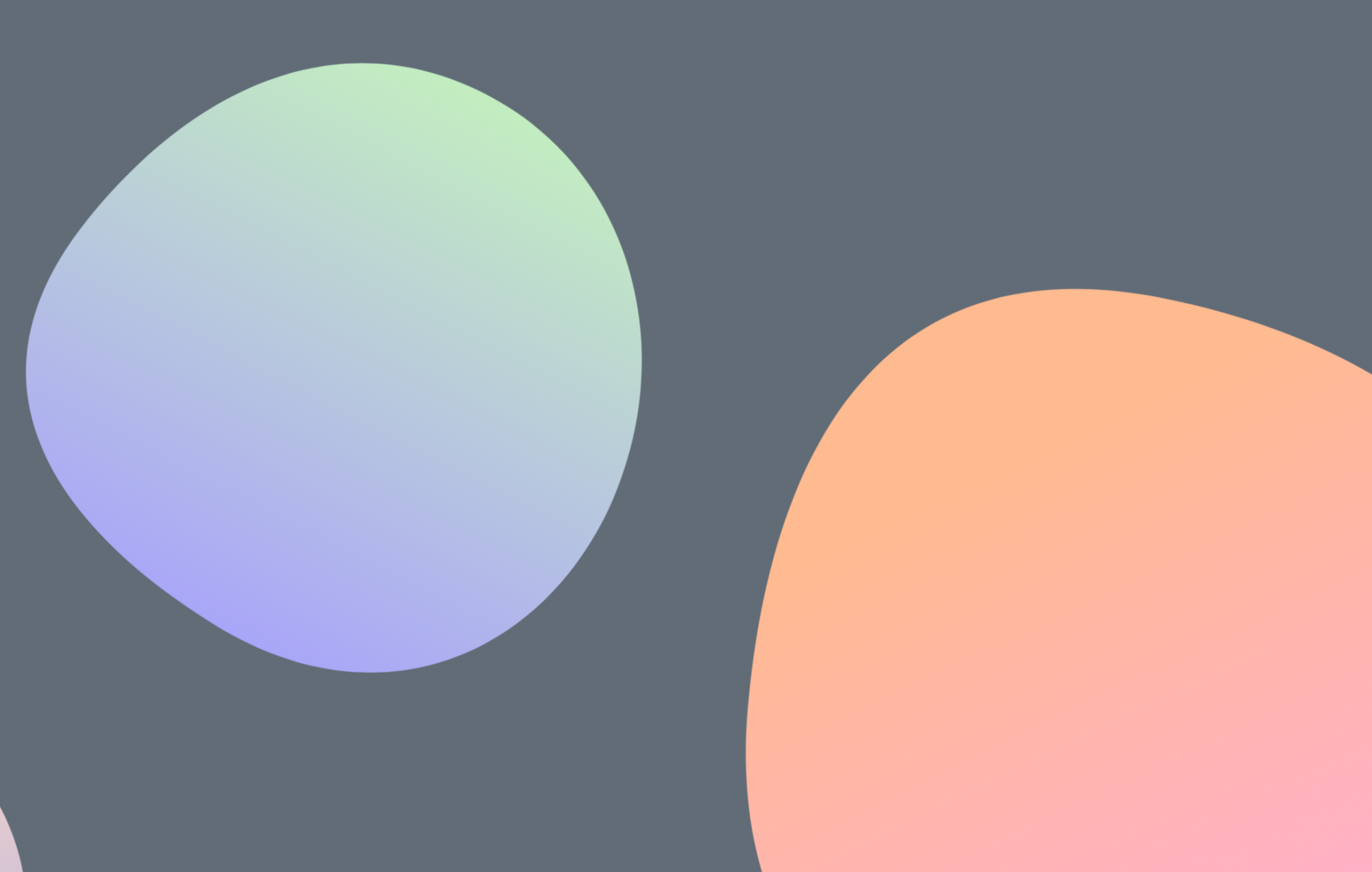 If you work in advertising you probably know about the headaches that can come from trying to license the perfect song for a commercial film project. By becoming familiar with the following fundamental concepts you will put yourself in a much better place from the get-go when reaching out to publishers or labels, no matter what your budget may be.

A Song And Its Recordings

Many aspects of music are copyrighted. In most parts of the world, the right to use copyrighted material in conjunction with video, or “synchronization”, is reserved to the owners of that copyright. The words and the melody are protected as such, but so is the actual recording of the song and the performance it embodies. When licensing music, we have to make sure we are getting clearance from all the people and companies that control these rights. We refer to those as rights holders.

The two main pieces of copyrighted material are the ones I referred to above: the song, a.k.a. the “composition”, and the recording, a.k.a. the “sound recording”, “master recording”, or just “master”. Typically, these are owned respectively by publishers and record labels. Publishers control the songs composed by their songwriters and composers, and record labels own the master recordings that they paid to produce.

You’re probably starting to see that these are two very different things. To illustrate this, just think of a song. Let’s take “Hallelujah” by Leonard Cohen as an example. This song is owned by Leonard Cohen’s publisher, but the hundreds of versions that have been recorded, including Cohen’s own, are owned by various record labels that paid to produce these recordings.

You could technically start the process of clearing the rights to a piece of music in any order, as long as you get all the necessary rights in the end. That said, there is a natural order for these things, and that’s to start with the publisher’s side. The reason is that publishers, who represent songwriters and composers, typically control their catalog more closely than record labels, who represent a plethora of interests, but most notably the performers. Put another way, the songwriter’s party is more likely to turn down a request than the perform- er’s. The fees are likely to be the same too. Therefore, an accepted fee of $5,000 for the publisher’s side is almost always going to be accepted by the master’s side. From my experience, record labels seem to trust the publisher’s due diligence and go along with publisher’s approval of the terms, assuming that if you’ve passed over that hurdle, you’re likely to be working on a serious and acceptable project. The most common exception to that is superstar performers like Beyonce, who will often be more protective with the use of their performances than the actual composers and writers of her songs. In that case, the master’s side could turn down a publisher-approved request, or ask for a higher fee.

Tracking down rights holders is arguably the most difficult job in music rights clearance and one where professional music supervisors have a definite edge. Since they’re constantly in contact with music publishers and record labels, they get to know the players very well and most of the time they’ll know instantly who controls a song before even looking it up.

For the rest of us, there are some great tools to aid in the search. On the publisher’s side, the best resource is usually Performance Rights Organizations (PROs) websites. Even though they’re not involved in sync licensing, they maintain the best public databases of songs and their composers, writers, and publishers. Although they sometimes have the names of performers, which can come in handy, they do not store the various recordings on which the songs can be found or the record labels that produce them.

On the master side, it’s a little trickier. But before starting to dig around for record labels, you could try asking the publisher that you’re dealing with. If you’ve done things in order, e.g. publisher’s side first, you would have had the opportunity to ask the publisher for help tracking down the master. Publishers have private databases with info not readily available elsewhere, and they are often willing to help.

If you’re on your own, you’ll probably have to cross-reference a number of different sources.

These are useful because they will provide you with the original record label of most recordings. Notice how I said “original”? One of the challenges of tracking down record labels is that this business has undergone insane consolidation. Most labels that were around for a few decades or more have been acquired and merged, again and again. Most of them end up as part of one of the “major” record labels and oftentimes, the original imprint name is dropped. The best resource to help track down all these transactions is Wikipedia. Just look at the entry for A&M records and you’ll get a sense of how challenging this can be. The good news is that you’re likely to end up speaking to the licensing desk of one of the majors and there aren’t that many of them.

Lastly, some recordings will require that residual payments are made through the singer’s or musician’s unions. These types of payments tend to be less prevalent these days but they are definitely something to investigate for older recordings. The only sure way to know is to ask the unions if they have a union contract for the recording you’re looking to license.

I hear these words and often times they are confused for one another. It’s not so surprising since these terms are used quite liberally, even by professionals. These terms are not at all interchangeable, and in some cases should be treated with caution.

The term “public domain” is a legal term. It’s the status of a copyrighted work, whose copyright has expired. For ex- ample, “O Come, All Ye Faithful” entered the public domain in the US, 70 years after the last one of its authors died in 1786. Laws vary in different countries but the idea stays the same, which is that musical works are copyrighted until their copyrights are lifted after a certain period of time. A song or recording that enters the public domain is no longer subject to restrictions in its use and can be used freely.

Royalty-free, on the other hand, is not a legal term, in that it’s not explicitly covered by copyright law. It’s instead a set of loosely-defined business practices where a user of music can expect not to be charged any residual or renewal fees after they have purchased a license. If you were to translate that into legal terms, it would be worded as: a synchronization license to use a song and its recording, for all media and for perpetuity. There is no transfer of ownership (you don’t own the song) but you’re otherwise free to use it as you please. At least that’s the expectation. Since it’s not a legal term it could technically be defined differently in the license. It’s always important to read a license but even more so in the case of a royalty-free license because in itself the term could mean different things to different people.

Lastly, buyout is another term that we hear a lot and is also not a legal term. This term is even more polymorphic than the term “royalty-free”. I would therefore suggest, whenever you encounter the word “buyout”, to follow up with the question: What do you mean? Some people will say that it’s just a license for specifically defined media and for which the license term is perpetuity (then I’d call it just that). Some will say that a buyout means there will be no future payments after an upfront payment. Then it’s just like royalty-free right? Yes, it is. I would venture that buyout is a term used by people that don’t want to pay anything after the fact, but don’t want to be bothered with actual legal jargon.

Another type of buyout is one in which the authors and publishers waive their right to collect performance income from performance rights organizations. These buyouts are usually done not so much to avoid royalties or other fees, but to shield large users from conflicts with PROs and MROs. These are obviously completely different beasts, yet we use the same term. In light of all this confusion, I recommend avoiding the use of the word buyout altogether and instead just describe the actual intent in plain language.

Most-favored nations (MFN) is a term picked up from international trade law. It’s a fancy way of saying that Company X will not accept lesser terms than another company that participates in the same project. Let’s say you get this quote from Great Music Publishing Inc. for the publisher’s side of the song “Gold Manatee” by The Beastie Girls:

The MFN here means that if the record label subsequently quotes you $12,000 for the use of their master of that song, the publisher’s fee for the song itself would automatically be bumped up to $12,000 as well. You can see that these need to be factored in when communicating prices with partners and clients since whenever there is MFN, you can’t completely bank on your quoted amount to be the final price until all parties have approved of a price.

For almost two decades, Philippe-Aubert Messier has built a thriving career at the crossroads of music and media. As the co-founder of Apollo Studios, a globally-recognized music production house boasting an all-star team of composers, producers, and engineers, he was involved in every aspect of the work, making sure the team constantly delivered the most innovative sound and music to advertising agencies around the world. Throughout the years, their work has earned recognition at the Cannes Lions, CLIO Awards, London International Awards, New York Festivals, and numerous other festivals. He cofounded Bopper in 2013, in order to enable ad industry creatives to easily license all the great music they come across in their work. You can give it a try here.

Differentiating a Business with Signage Madness